Why is the Lease so Important for Landlords?

What Landlords Can Do About Lead, Asbestos, and Mold

Is the United States About to Enter a Recession? 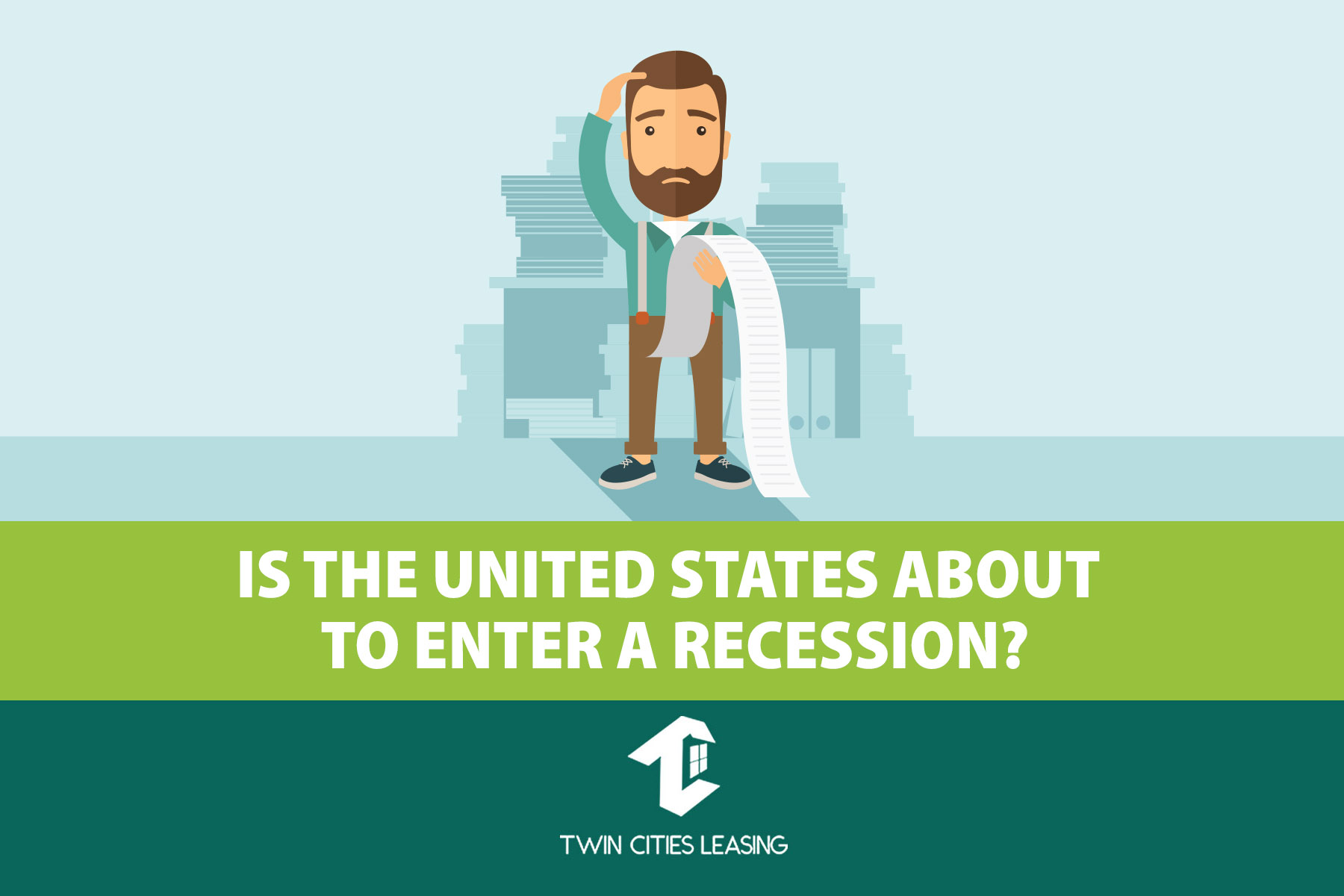 Through the summer and into the fall, there has been a lot of chatter in the press about the threat of an oncoming recession in the United States. In fact, some experts even think we are already in a recession. Prediction of an economic downturn is, in part, a political matter – and President Trump has cast doubt on the idea that things might take a turn for the worse. However, looking at the thoughts of economists and factors that are typically associated with recessions can be illuminating in providing objective perspective.

Gary Shilling: the recession is upon us

Financial analyst and economist Gary Shilling is a key person from whom to get a sense of the health of the economy. Shilling is famous for accurately forecasting a number of recessions across the last four decades. Shilling thinks the nation is currently in a slight downturn. Although Shilling does think a recession has arrived, he is not entirely negative in his assessment. While the most severe recessions have brought about a 3.5 to 4% drop in real GDP, Shilling thinks this recession will lead to a drop of just 1.5 to 2%.

With this minor GDP decline, there would likely not be a stock market downturn, said Shilling. However, if there were a drop in stocks, it would likely be to a similar degree as recessions in the recent past – approximately a 22% downslide. If that were to occur, the Stand and Poor’s 500 index would fall approximately 200 points under the 2351 low it hit on Christmas Eve, 2018.

Keep in mind that Shilling, while well-known for his Nostradamus-like economic prediction, is in the minority. By and large, economists are expecting growth to be at 2 to 2.5% this year, a slight decrease from the 3% rate in 2018 and Q1 2019.

Survey shows recession will be here by 2021

Shilling is not alone in sounding the alarm of a potential recession. In August, Ray Dalio, a hedge fund manager who founded Bridgewater Associates, recently upgraded his estimate that we will enter a recession before the 2020 election from 35 percent (his February outlook) to 40 percent.

Furthermore, an August poll from the National Association for Business Economics found that almost 3 in 4 economists think there will  be a recession by 2021. The trade war with China is seen as a key reason that the economy could make a turn for the worse. Indeed, it was named as a key piece of what a recent article in the nonpartisan Foreign Affairs said would be a “self-inflicted recession.”

The June release of the Duke University / CFO Global Business Outlook surveyed US chief financial officers, finding that 69% believe there will be a recession by the end of 2020.

It is not just individuals who are suggesting that a recession might be on the way. Goldman Sachs has said there is a higher risk of recession because of the China trade war. In August, Bank of America raised its recession forecast for the next 12 months to 1 in 3.

People are listening to these prognostications: a September poll found that 6 in 10 Americans believed we would enter a recession in the next year.

Prior to every recession in the US economy since 1955, the same thing has happened: an inverted yield curve.

Different maturities of US Treasury bonds are shown in graphic form through the yield curve. Additional risk premiums are associated with long-term rates, so they are generally higher than short-term ones, and this data leads to an upward-sloping graph.

When short-term rates become higher than long-term rates, the interest rates are expected to drop, and – as indicated in Forbes – it “suggest[s] that markets expect a recession.”

The long-term and short-term markers that are preferred by the US Federal Reserve to determine an inverted yield curve are the 3-month and 10-year treasury yields. The difference between the two securities’ yields should be negative for at least ten days in a row in order for the curve to be considered truly inverted, taking temporary fluctuations out of account.

The yield curve inverted twice in August, on the 14th and the 21st.

Not all doom & gloom

We want to be prepared if a recession is on the way. However, going around and telling everyone that “the recession is coming” can start to seem a bit like Chicken Little running around telling everyone that “the sky is falling.” After all, there is another way of looking at some of the above statistics. Yes, Dalio thinks there is a 2 in 5 chance we will enter a recession before the 2020 election – but that means he thinks there is a 3 in 5 chance we won’t. Similarly, Bank of America’s 1 in 3 forecast that we enter a recession within the next year suggests a 2 in 3 chance that we will not.

Along these same lines, Jerome Powell, chair of the Federal Reserve, said in early September that he did not think the US was headed for a recession. Speaking at the University of Zurich, he said that “[o]ur main expectation is not at all that there will be a recession.” He noted the ongoing strong performance of the US economy.

However, Powell did say there was rising risk of a recession because the global economy is losing pace and because there is lowered business confidence arising from the trade war between the US and China. Powell said the Federal Reserve would be able to take steps that would maintain stability of the economy. In large part because businesses are hesitating to invest given their trade-war concerns, the Federal Reserve has cut interest rates twice lately – both in July and in September.

Back to the bad news: another reason people are concerned that the US economy could be headed south is a deceleration of the worldwide economy. There are nine major nations that are either currently in a recession or close to one.

Stocks took a huge hit in August following bad news from Germany and China. The former reported that its economy had decreased in size during the spring. The latter announced that it had its worst year in 17 years in manufacturing production.

Major nations that are highly reliant on selling goods internationally are among those that are in recession or experiencing an economic slump. A steep reduction in exports is occurring for some nations, fueled by the US-China trade war and the China downturn — both of which are hurting the overseas trade of goods that has underpinned the world’s economy for many years.

So… what’s the verdict?

Figuring out whether we are likely to enter a recession, or if we are already in one now, is a matter of who you ask. Looking at the various perspectives available from key voices, it appears that we are at serious risk of a recession in the next 12-24 months, but that it is by no means a done deal. 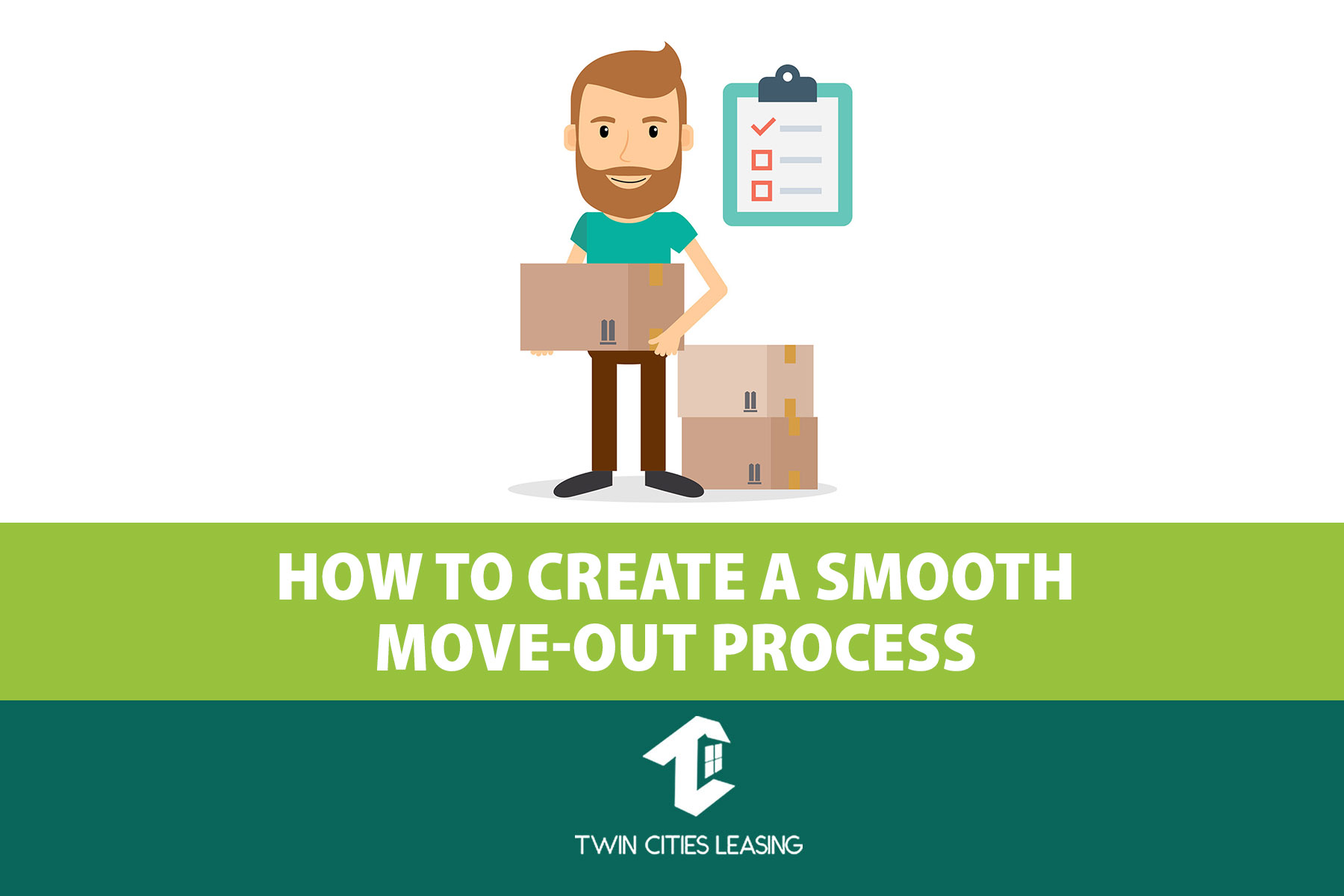 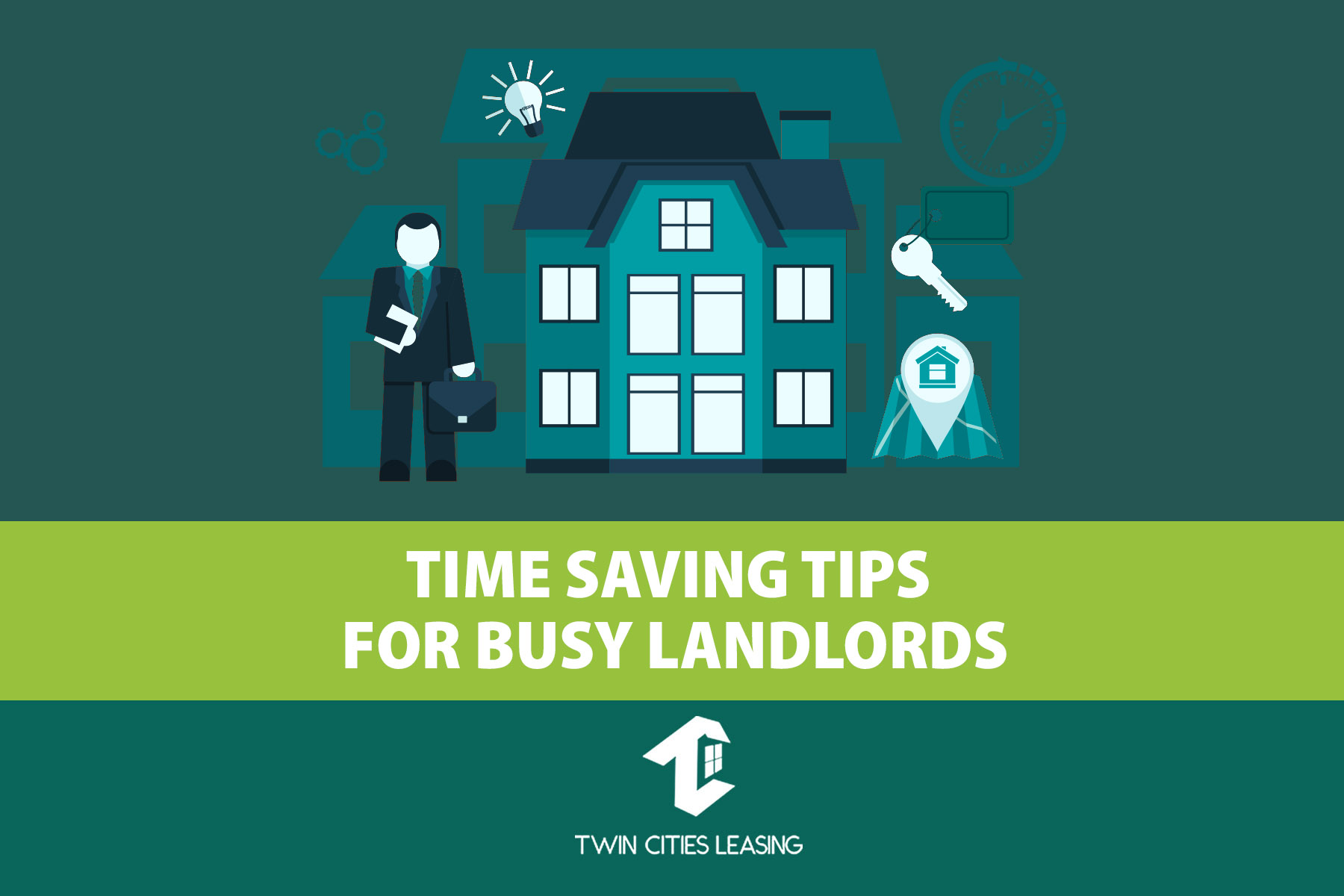 Time Saving Tips for Busy Landlords in the Twin Cities 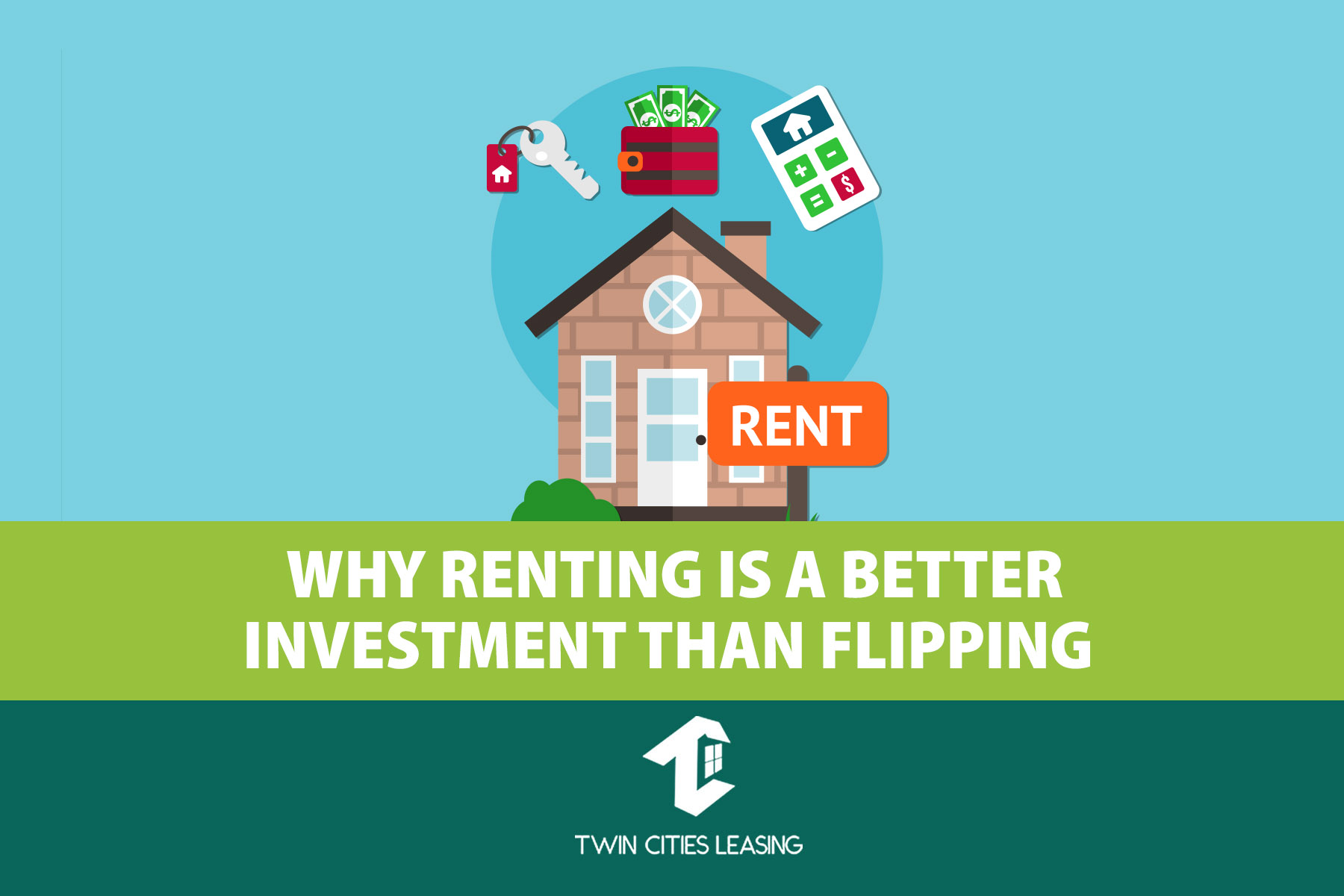 Why Renting Your Property Is a Better Investment Than Flipping It